On the bank holiday weekend we went away with family to celebrate a 70th birthday. We met at Calke Abbey in Derbyshire. We were too late to get tickets to go round the house but could get tickets for the gardens. I really wanted to go around the house as it's been left as it was found, in a state of decline. Walls are damp, bits of ceiling have fallen off and the collections have been left where they are. I'll just have to go back one day! 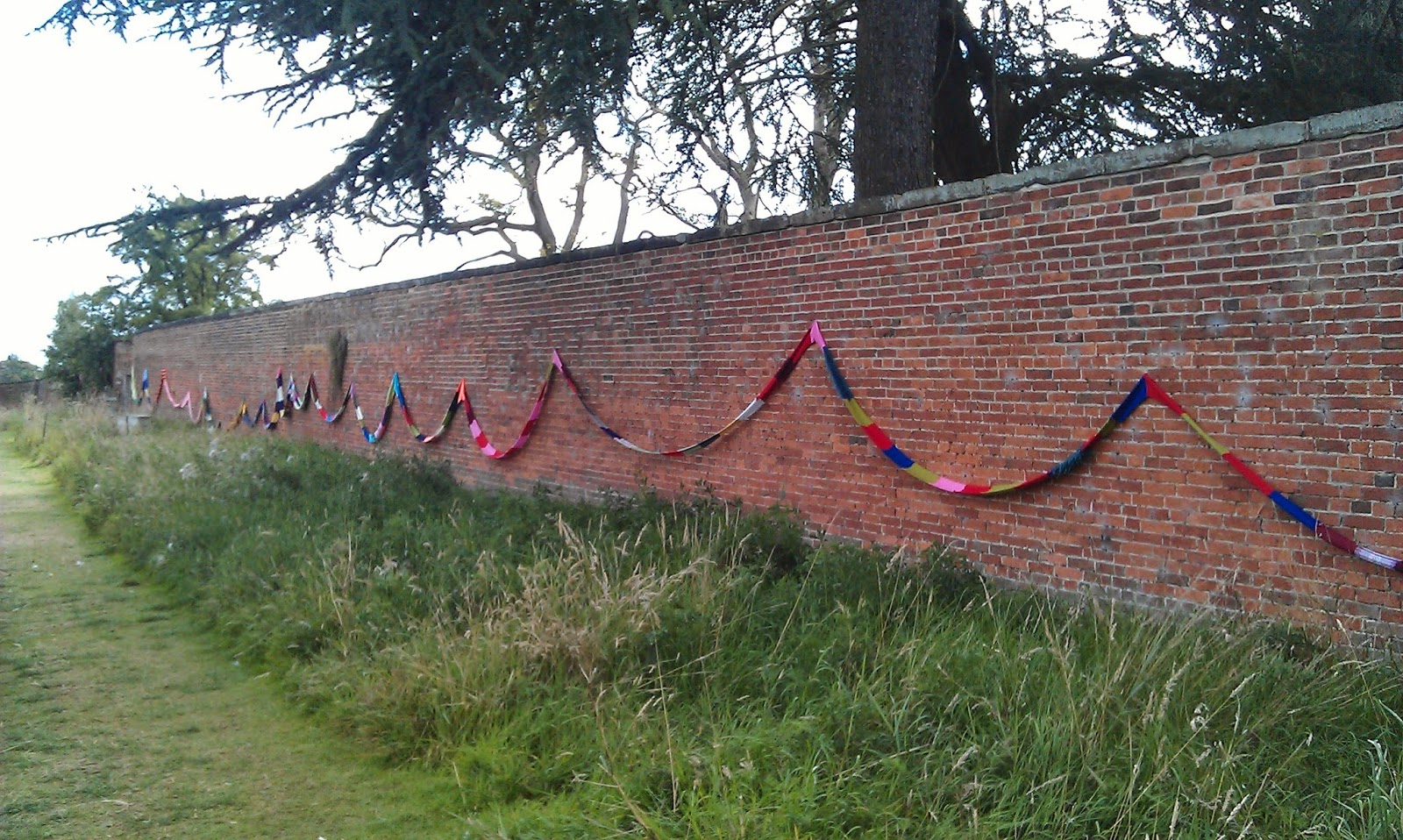 The walled garden, which again has been left as it was found, had been turned into a child's playground with sticks and sheets to make dens, huge logs to climb, dens to make etc. It had also been yarn bombed! 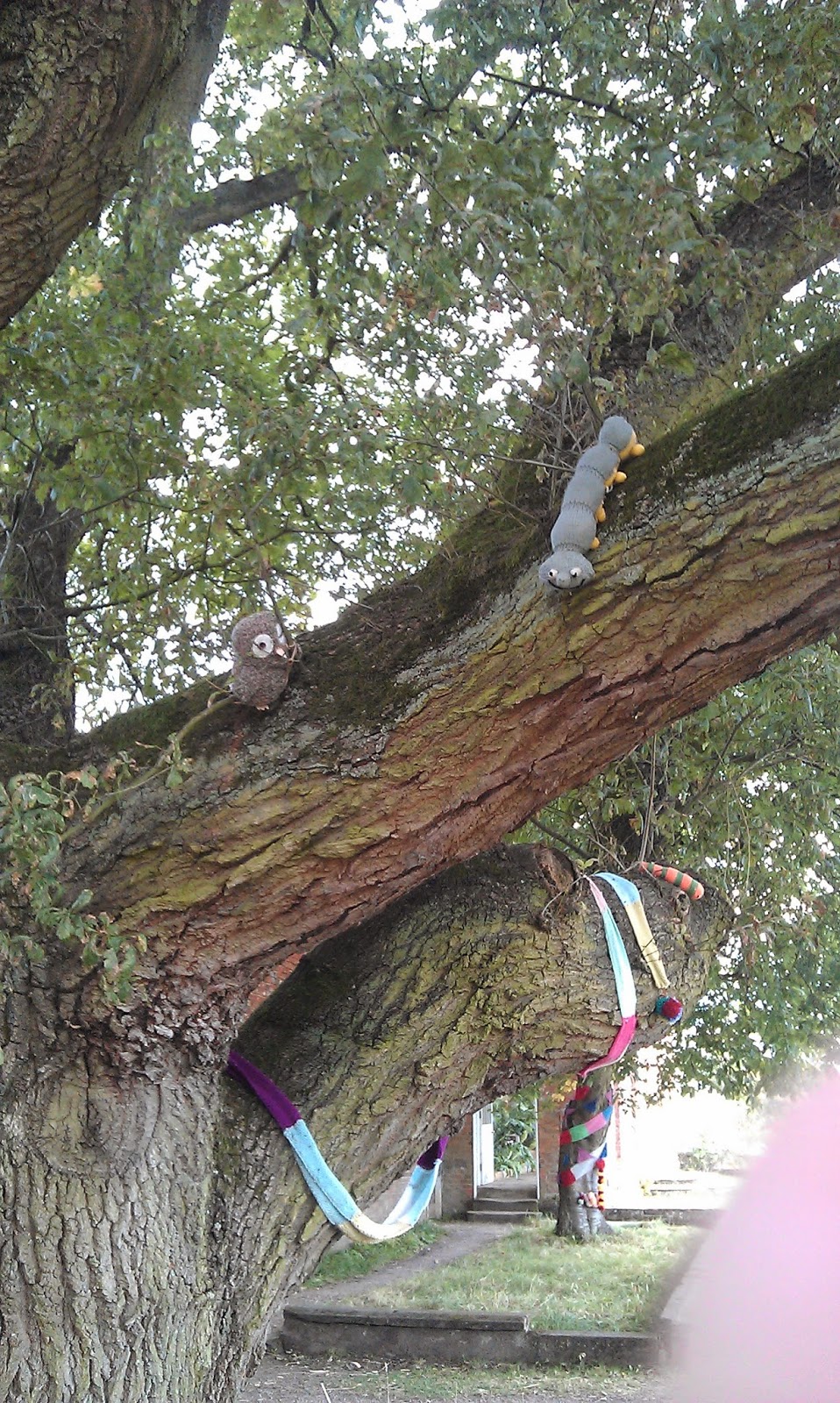 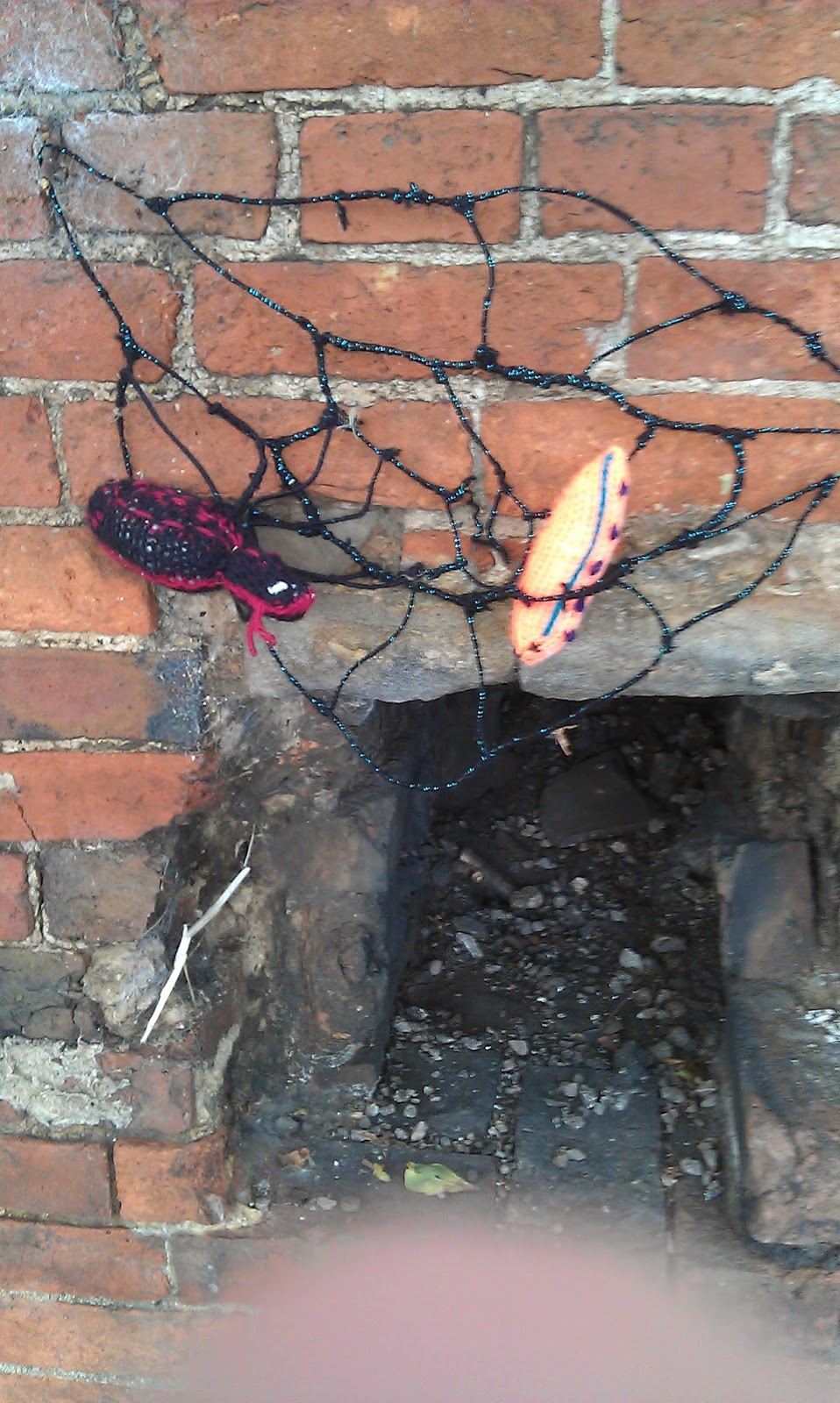 There were cute critters in the trees and on the walls. 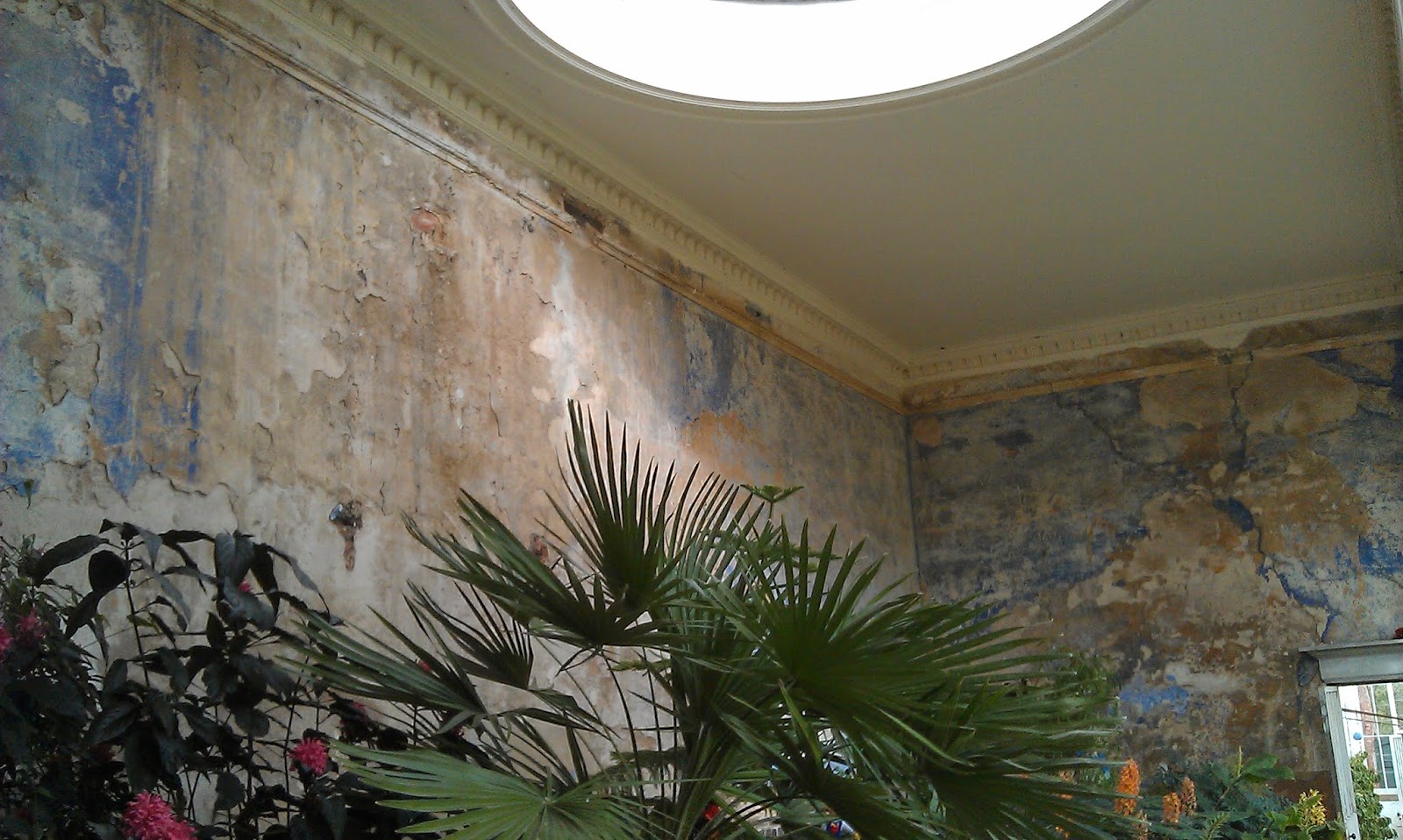 The orangery was beautiful and again had lots of creatures on the plants. 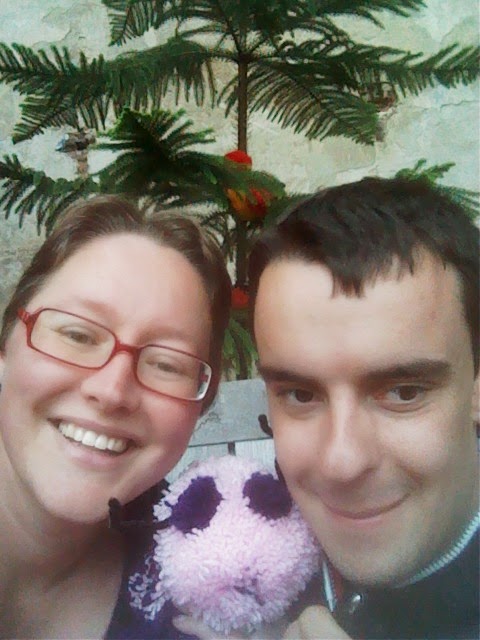 There was also a cute caterpillar with a sign saying 'Take a selfie' so we had to oblige! 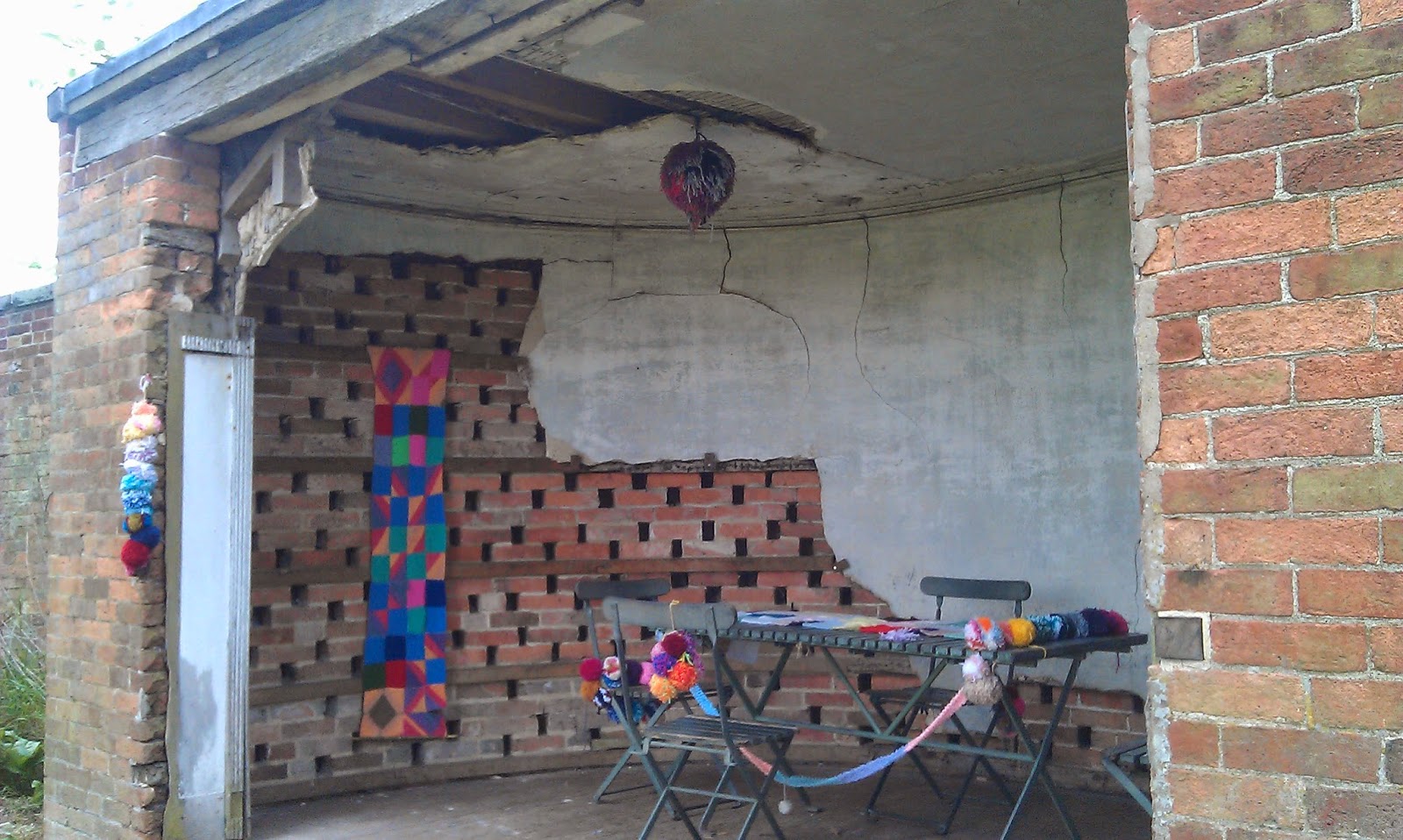 I'm not sure how long the yarn bombing is staying in the garden (maybe it's permanent?) but it's well worth a visit if you are nearby.
Posted by Swirlyarts at 07:12 1 comment:

Every September 23rd is Bi Visibility Day - you are probably wondering why I'm telling you this. Well because I'm bisexual *fires pink, purple and blue glitter into the air* Some of you will already know this, some of you may have guessed and some of you may have had no clue at all. I'll start from the beginning shall I? This is a long post so you may want a cup of tea and a few biscuits to tide you over :) 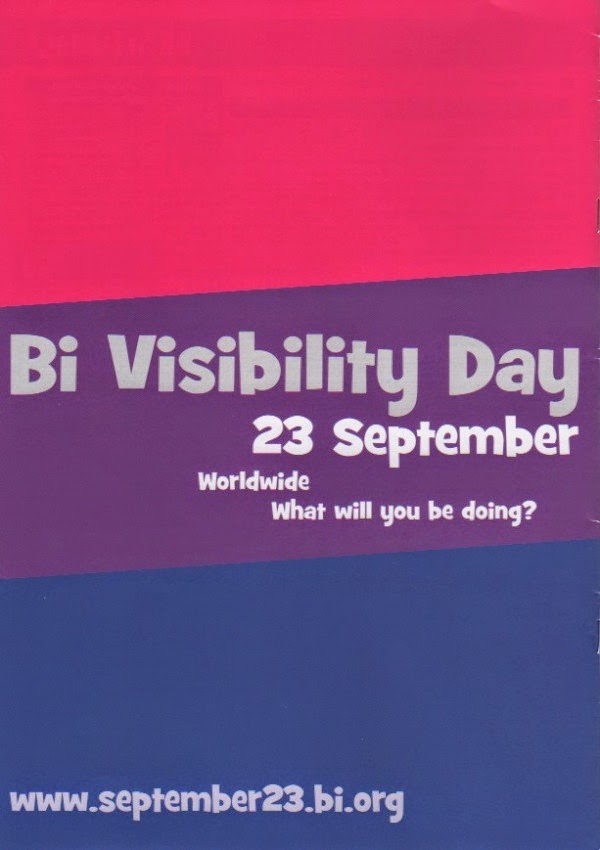 When I was a teenager I thought I was gay and while I now know it's a common thing for teenagers to question their sexuality, as a hippy, already socially awkward 14 year old in a small town in North Yorkshire there were no visible gay people or any queer culture at all, which just added to my social unease. Also, this was before the internet (thank goodness for the internet now!) When I was 16 I went to work at a local theme park and there encountered my first lesbian couple but I didn't identify with them at all as they were quite butch and I was very feminine and had long blonde hair (Remember that at this time I was a bit like Jon Snow from Game of Thrones). I met my first boyfriend J there and I remember thinking, 'Oh, I'm obviously not gay any more' although I still continued to admire girls. I then went out with S, then S (both guys) and then I met Matt and we have been together since. I'd never heard the term bisexual before and didn't know what it meant although I was and have always been bisexual. The best definition of bisexual comes from Robyn Ochs and it resonates with me. The bisexual umbrella picture is also helpful. 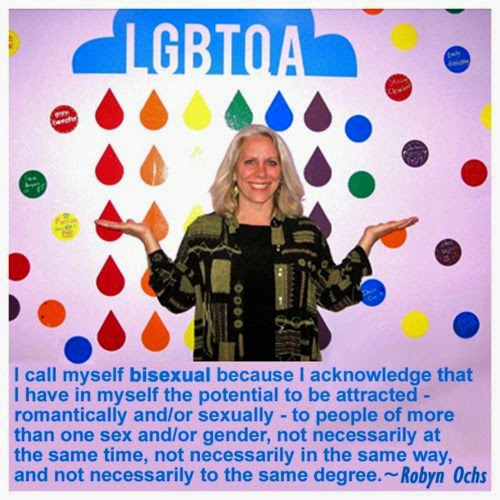 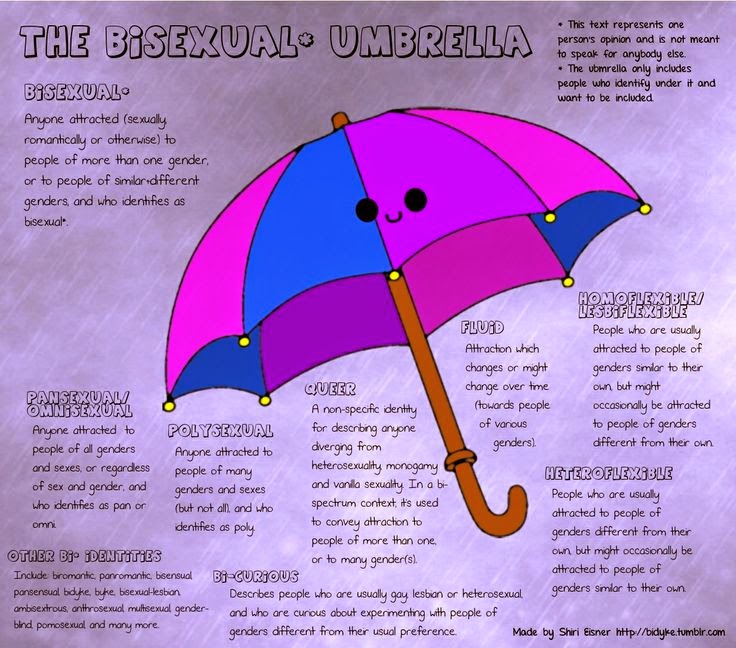 So where does this fit with my life now? As I said I've always known I was bisexual and I've always admired other women as well as men and Matt has known this for a long time. However it's only been in the past few years that I have claimed the 'title' bisexual and thought of this as my identity. And it's only in the past few months that I have felt brave enough to tell other people and to be out as a bisexual woman. Part of this is down to a wonderful group in Manchester called Biphoria who offer a safe space to talk with fellow bisexuals and although nerve racking at first, it has turned out to be a blessing in disguise (the chips and friendly chatter in the pub afterwards help!) I am so much more confident in who I am now and this has had a huge impact on my depression too - I'm much healthier and happier now than I was 12 months ago. 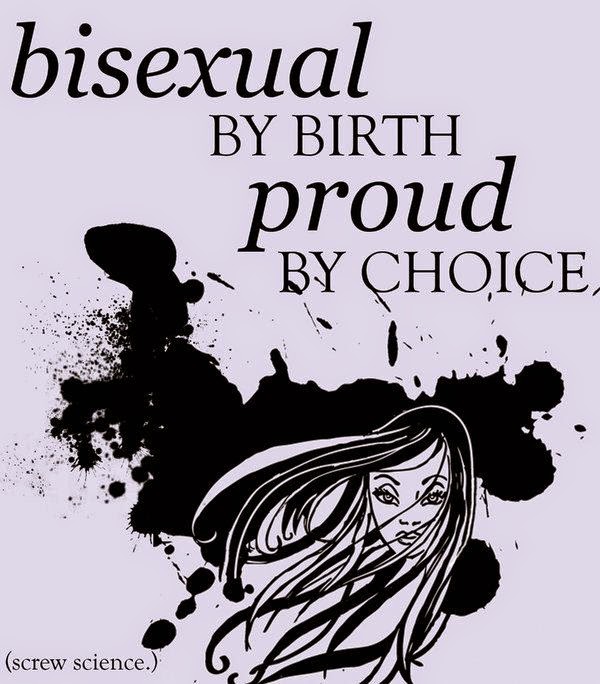 So what does this mean for my life going forwards. Well essentially nothing has changed in my relationship with Matt. We are still in a loving monogamous relationship and that won't change - I chose him 20 years ago and I still choose him now. Society sees us as a straight couple but our family (and yes that includes the girls) know that we aren't. 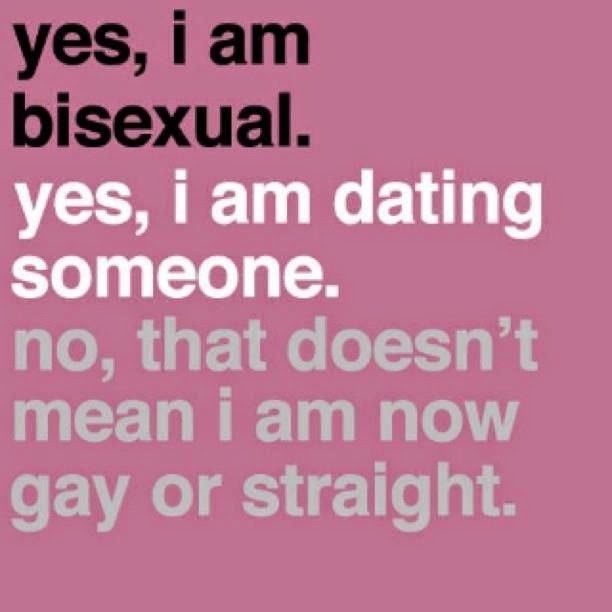 This post was meant to wait until September 23rd but I've decided to share it now instead as it feels right. I'm pretty sure I will post more about bisexual activism and visibility on the day itself though. 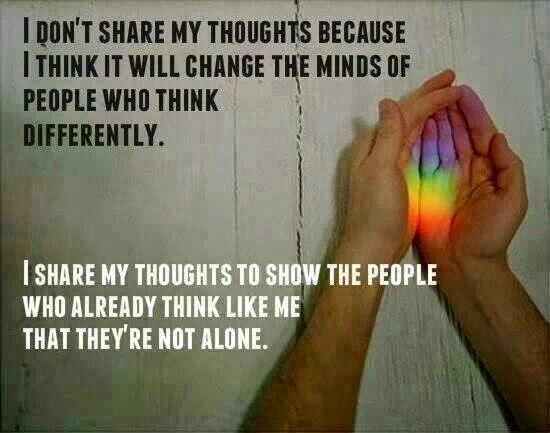 I'm aware that I may be (for some of you anyway) the only out bisexual* you know so feel free to bombard me with questions and opinions although please do try to keep them polite :) I will literally answer anything so if you want to ask something but are shy then change to anonymous and I'll still answer them. Feel free to ask on facebook too or in real life. If you want a private answer then you can email me lynseysearle [at] gmail [dot] com.

And a big thank you must go to family and friends for accepting me as I am and to those people who I sent 'I'm feeling sorry for myself' emails. You know who you are.

*Out, white, monogamous, married to a man, cis(1) female bisexual - I can only answer questions from that perspective!

(1) identified as female at birth and still does. Opposite of cis is trans.
Posted by Swirlyarts at 13:00 7 comments:

Email ThisBlogThis!Share to TwitterShare to FacebookShare to Pinterest
Labels: bisexual, family, life, me

Book targets so far this year

I'm currently keeping a record of all the books I've read this year over on Pinterest (I also did it last year) It's interesting to me to see what I've read and it helps me keep a target in mind for how many books I would like to read in a year. The current aim is 52 books for the year (once each week) and I achieved that last year - whooo hooo! I'm on track for this year too as it is the 33rd week of 2014 and I've read 33 books!

During last year I also blogged each month about which books I'd read and a brief yay or nay quote about them but I couldn't be bothered to do that this year. Instead you will have to look at my Pinterest board :) 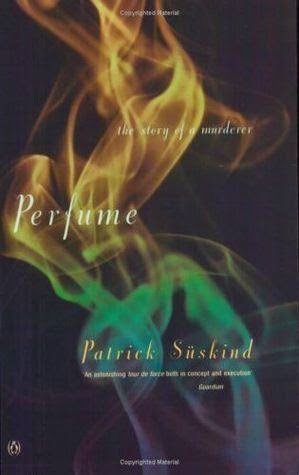 I will say though that if you ever spot Perfume by Patrick Suskind in a charity shop then grab it and read it. The writing is superb and the images it evokes are wonderful - well worth a read. Oh and I'm also going to watch the film version at some stage. It helps that Ben Whishaw is in it!
Posted by Swirlyarts at 14:14 3 comments:

So Kenya was amazing!

We've just got back from Kenya (it was our big holiday as we have been married for 15 years) Thanks to wonderful grandparents we had two child free weeks while the girls were thoroughly spoiled! This is basically a picture dump post but be glad that we whittled the original 3,500 photos down to a much more manageable 600. These are the selected highlights of those 600! If you want to see more pictures (with captions of what they are then check out my albums on Facebook!) 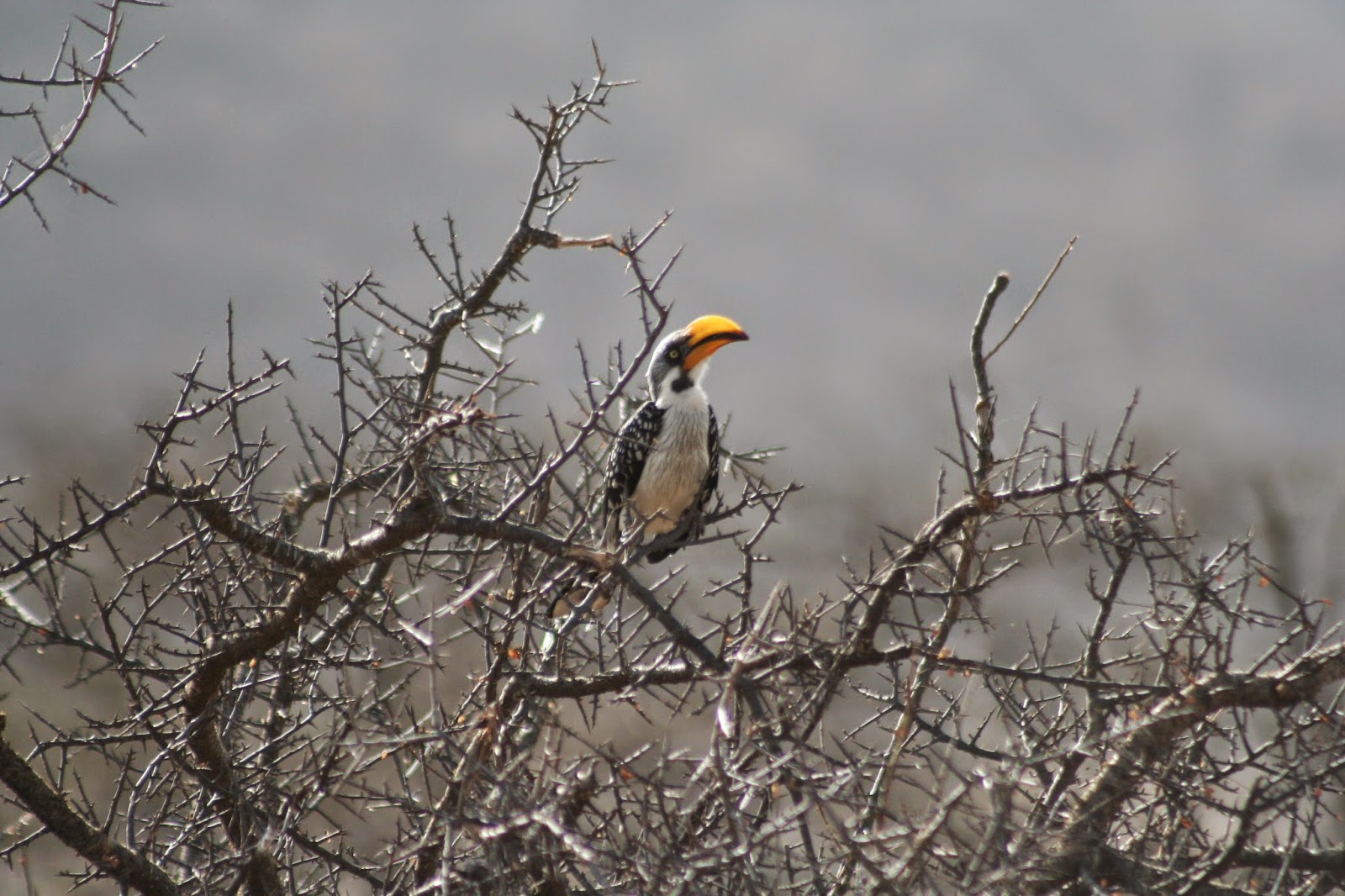 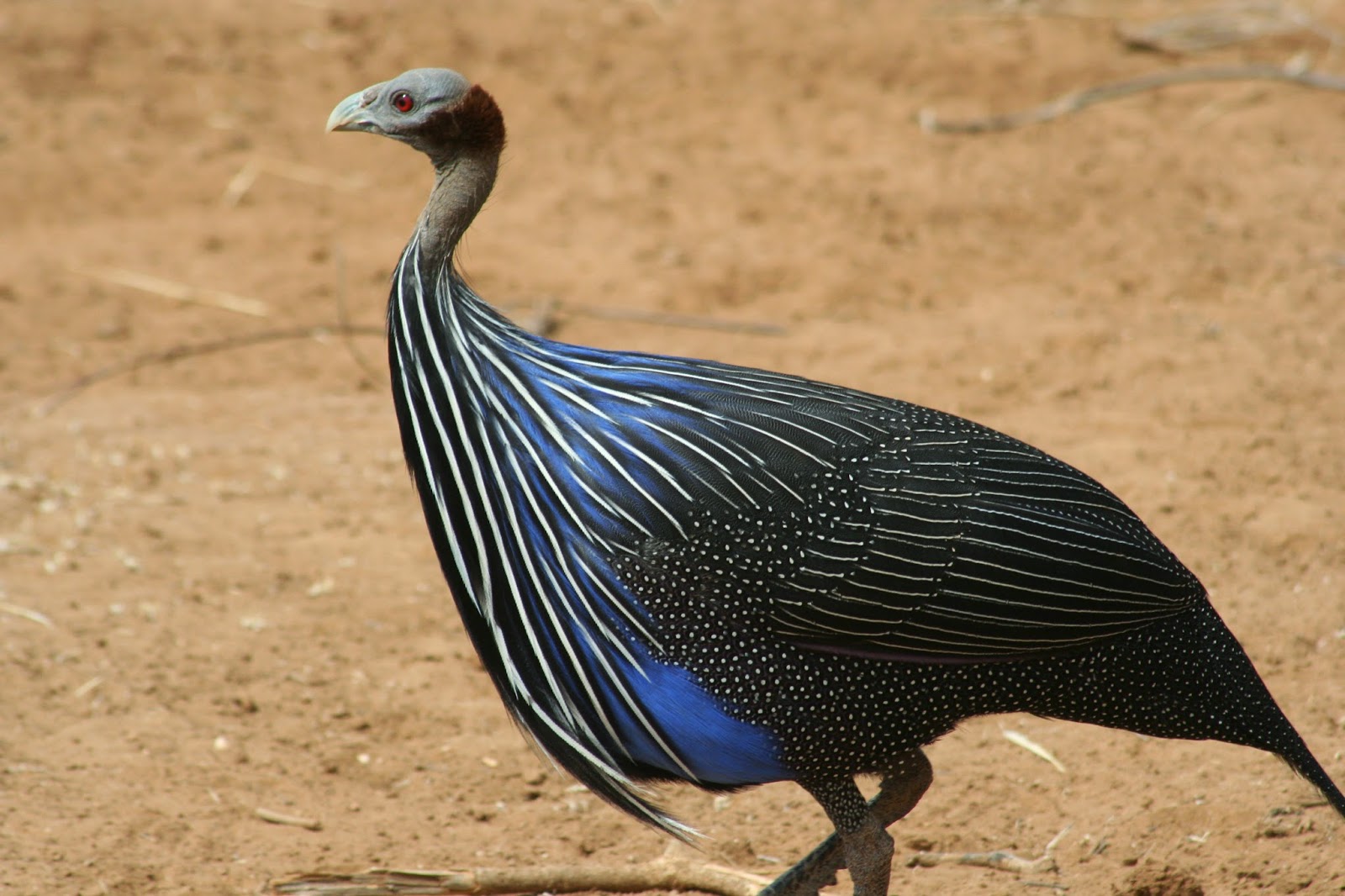 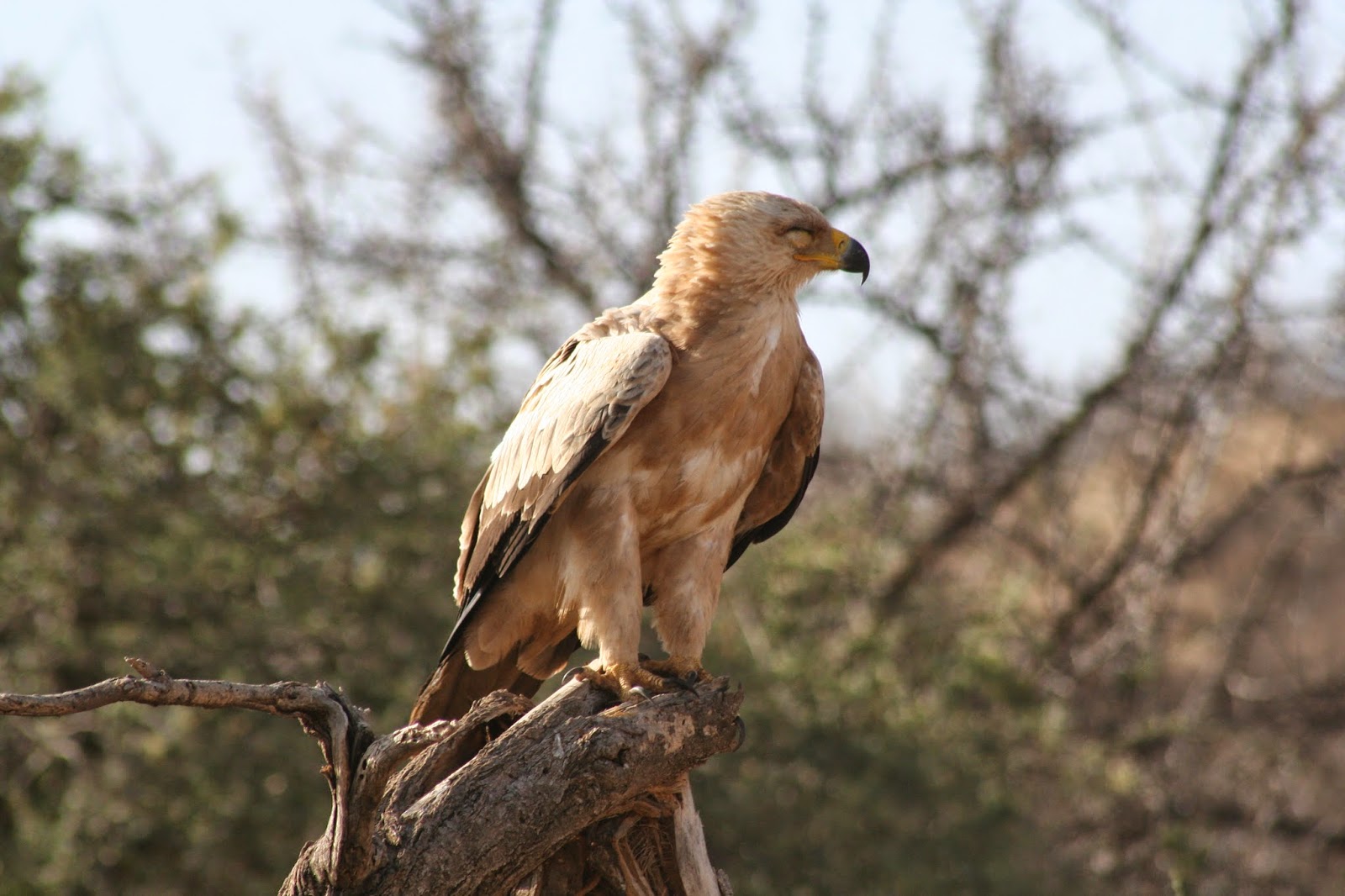 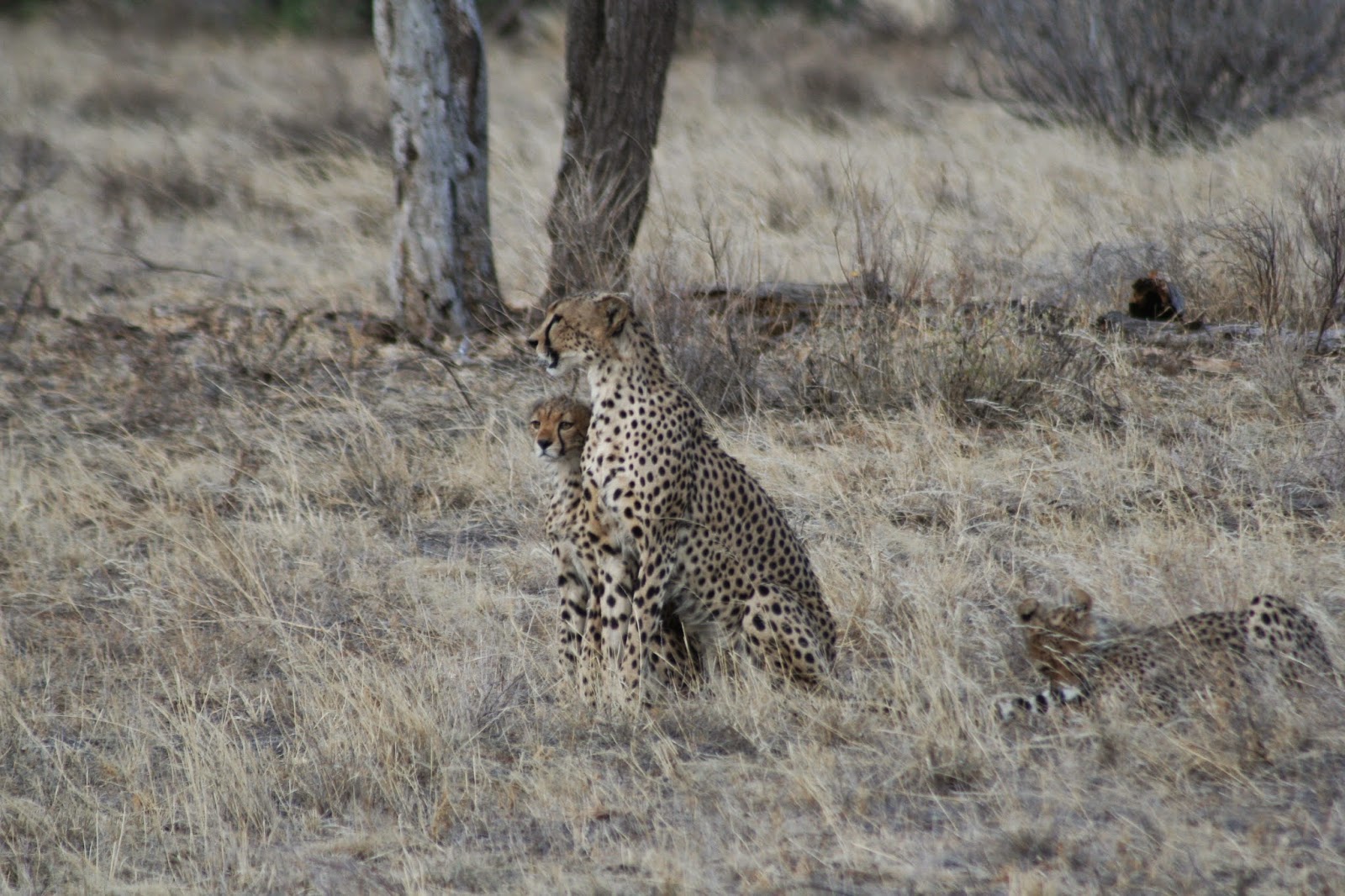 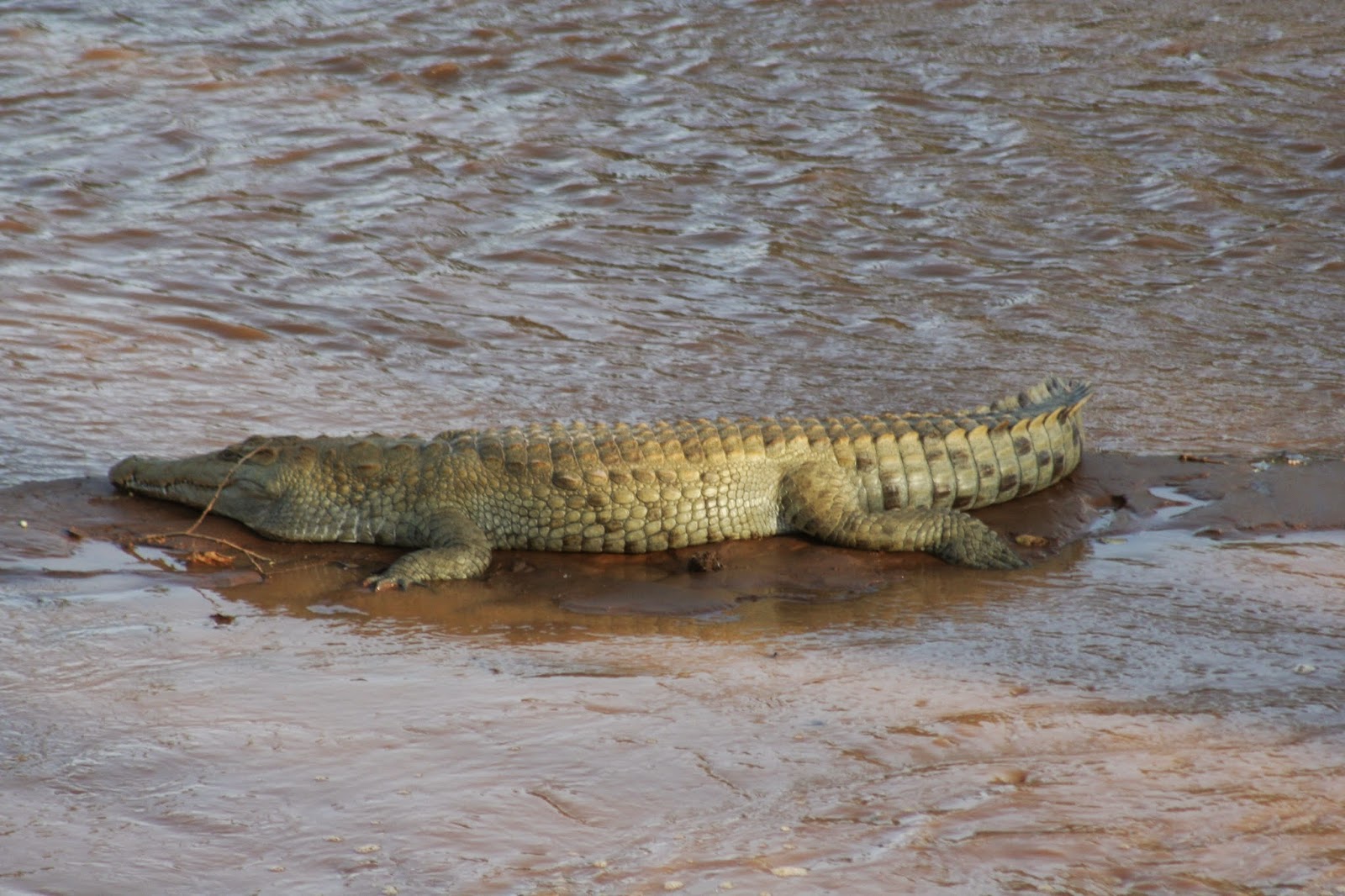 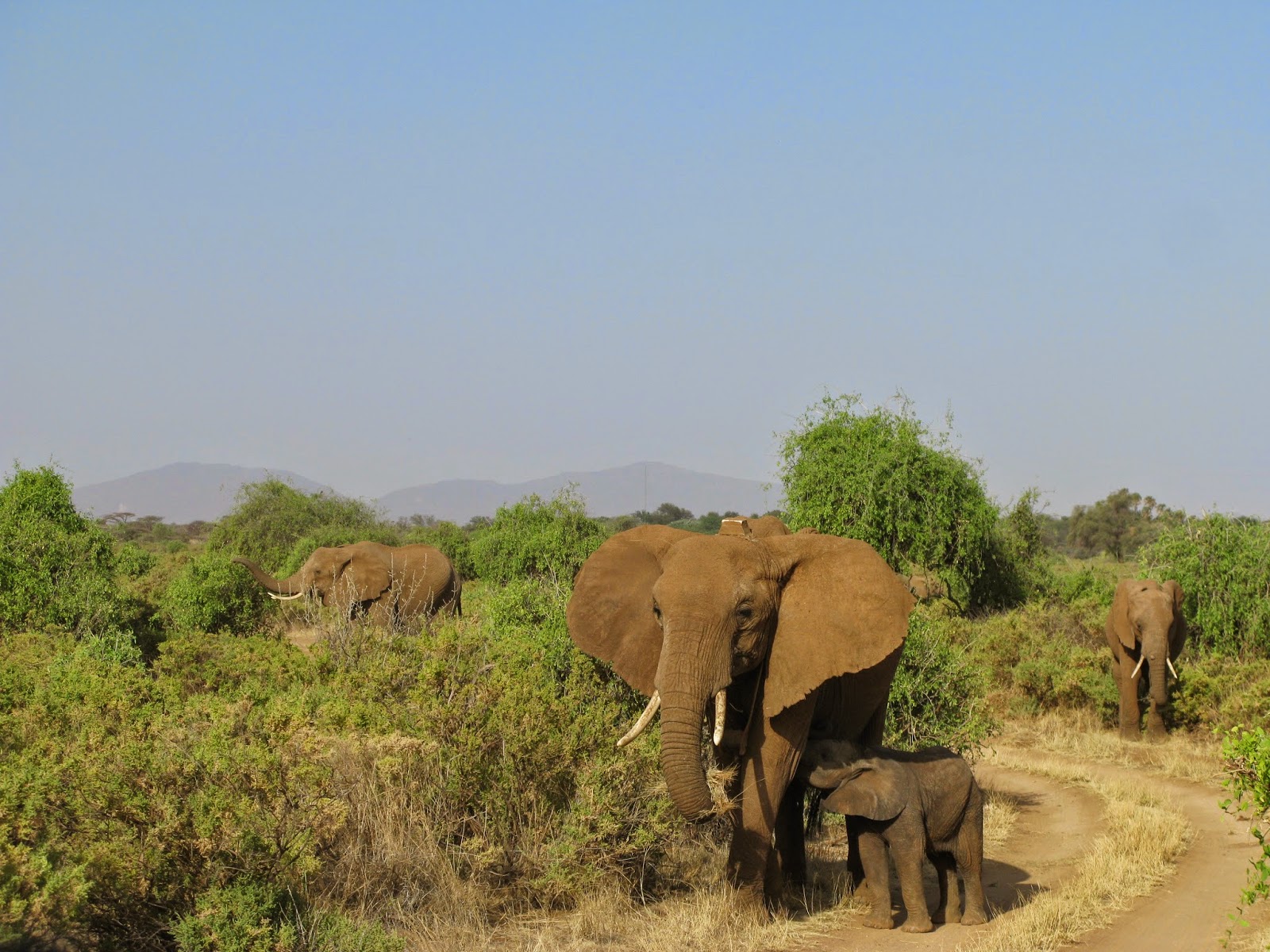 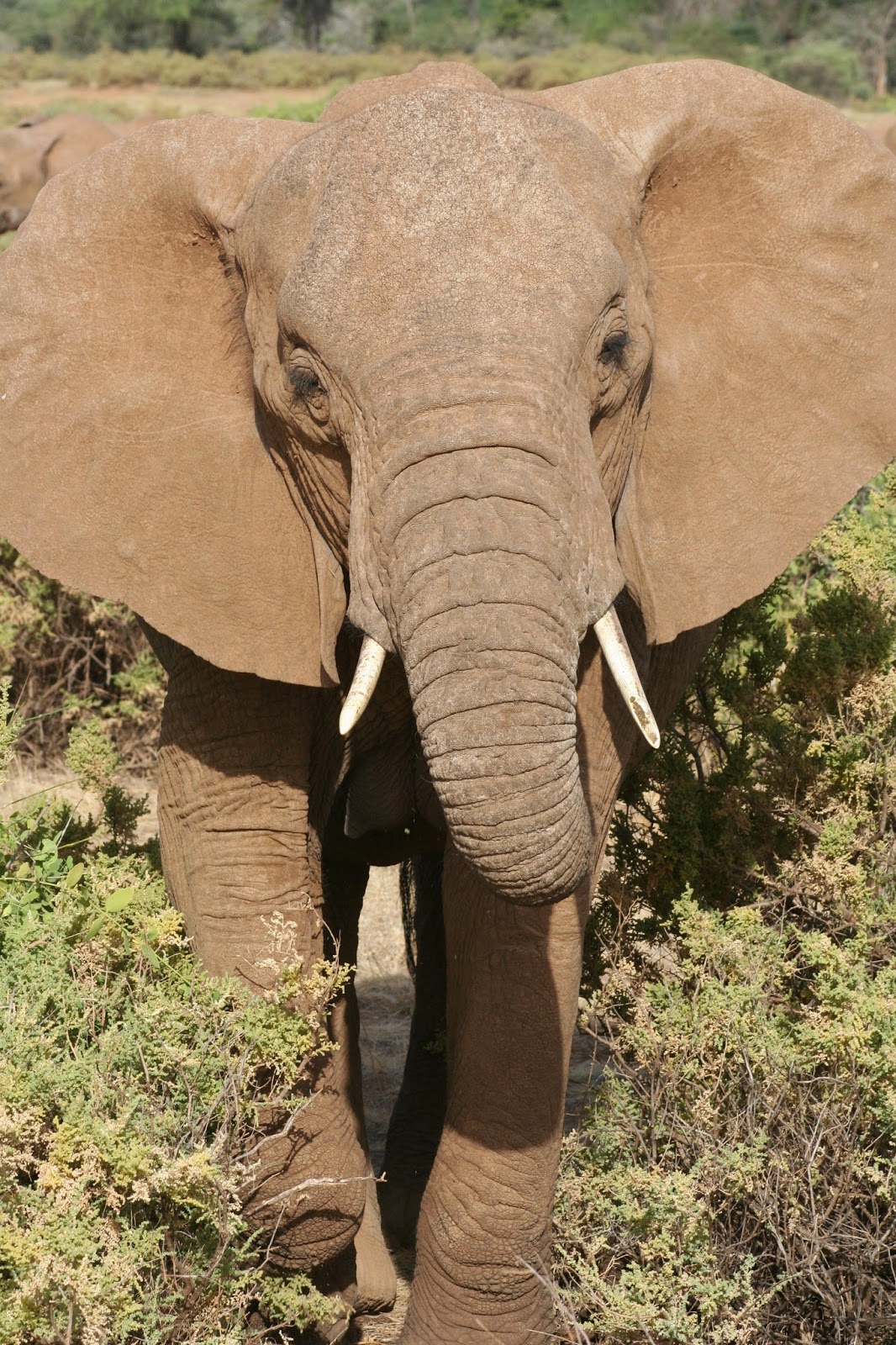 Okey doke. Blogger is playing silly buggers so I can't seem to add more photos. Check them out on my Facebook.
Posted by Swirlyarts at 12:21 No comments: