I know this is meant to be a craft blog but I am still finishing off the stickers etc from yesterday and will probably be a while doing that so thrifty finds it is! These were all found in a YMCA shop next to Sainsburys (which is opposite Ikea) in Manchester. The shop shut on Saturday though (boo) but they are hoping for new premises soon. 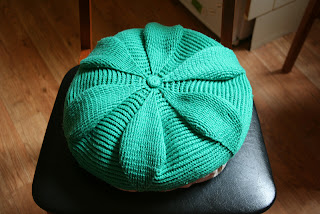 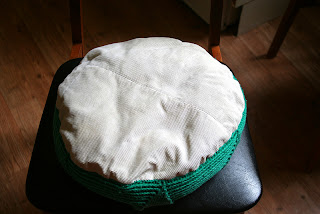 This cushion was £1 and I couldn't leave it behind. I'm going to change the bottom fabric to something more exciting but I'm not sure what yet. 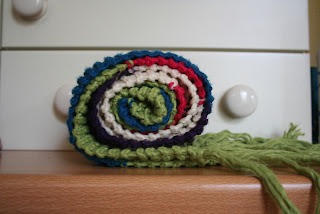 This scarf was only £1 too and though it's not really appropriate for the June weather here, I couldn't leave it behind. Although the weather here has been shocking lately! 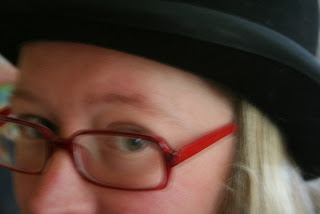 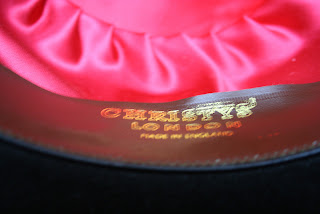 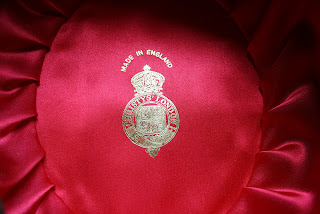 I also bought this handmade bowler hat for £3.99. It was made by Christys' of London and I don't know if that is good or not but it's fab to wear. I am wary of looking a bit like an extra from Cabaret though so I might have to do something with it. Maybe a Liberty covered bowler hat?? I might have to ask Chrissie from Hat Therapy for advice :)

We also got a present for someone and a Barbie aeroplane for the girls for £3.99 which despite missing the tail fin was in much better condition that the one we had seen a couple of months ago for £15! So all in all a good day out!
Posted by Swirlyarts at 08:30

Hehehe - shall expect some dancing and singing soon then!!