I love a bit of kitsch/grannified/unusual/stuff no one else wants! I'm often found exclaiming over something fabulous while the girls offer encouragement and Matt stands shaking his head :) He does like a bit of kitsch at Christmas though although the deer below may be a step too far. 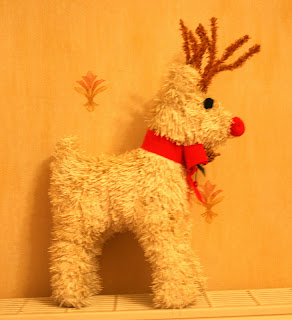 We do have some fabulous decorations for the tree too and our newest one is ace :) 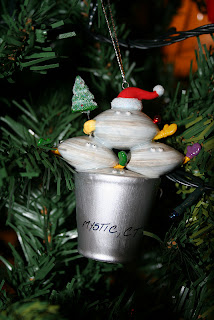 What says Christmas more than a bucket full of clams? A bucket full of clams with Santa hats, gloves and a tree! We found this in a Christmas decoration shop in Mystic, Connecticut when we were driving round New England over the summer. The shop was huge and had nearly every Christmas decoration you could think of. I was sorely tempted by a glittery flamingo one but it was $20 so I said no. We will just have to go back! 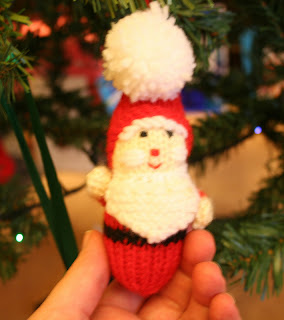 Santa was found cuddling his friend Beefeater (photo was appalling!) in a basket in a charity shop and they had to come home with me. I think Matt was shaking his head at this point too! 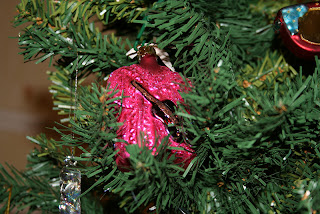 Our pink glittery Elvis shirt was bought in Hawaii  You might guess you can get some Elvis kitsch (or tat - depending on your viewpoint!) in Honolulu. 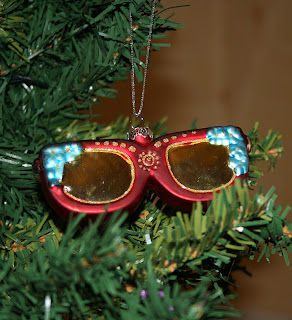 These Dame Edna style glasses came from Paperchase and I think they are fab. We also got a pink glittery Jesus statue and a turquoise Mary but alas they went to the in-laws :) I'm hoping they will make their way back to us as one of those daft presents that makes the family rounds - I will keep them though! 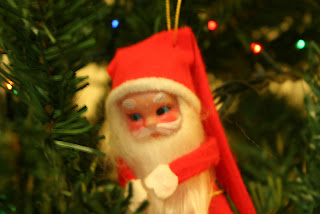 Matt thinks Santa looks a bit scary - I don't but it could be the blurry soft focus photo :)

Do you embrace kitsch? Hate it? Like stuff no one else gets?
Posted by Swirlyarts at 08:58

I love a bit of kitsch - it's just too much fun to ignore! Love Dame Edna's glasses - too cute :D