Anya turns 5 on Tuesday but is having her parties this weekend as I have a craft fair next weekend :) Here she is dancing in her new fairy dress - it's blurry on purpose, honest guv ;) 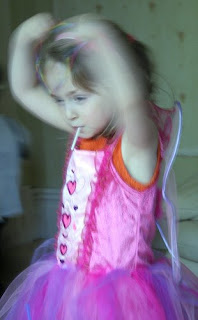 And yes she is eating a lollipop.

I didn't really get time to take photo's during the party but I did get a couple at the end. I was too busy being the hostess (i.e. faffing around!) 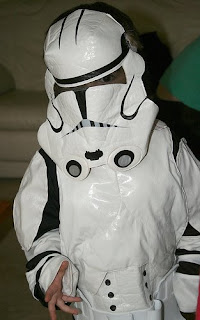 This little chappie loved this costume ever so much - he tried to be scary but you can see one of his eyes peeping out. It's hard to be scary with eyes that cute. 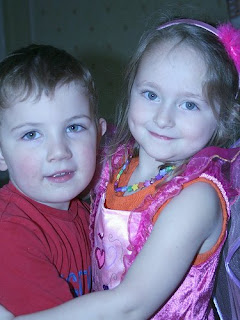 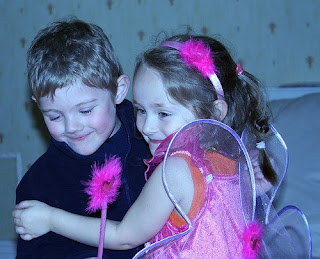 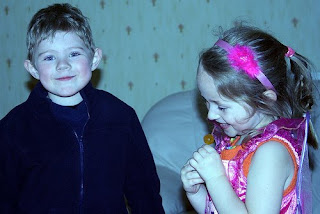 And I would love to know what Samuel had just said to Anya - whatever it was it was funny!!

1 party down, 1 to go! At least tomorrows party is grandparents and aunties and uncles so hopefully not much spilt food on the floor for me to hoover up :)
Posted by Swirlyarts at 17:59

Oh lovely. Anya looks so pretty. My girl is 5 too, so I now how funny and wonderful they are.

The photo's are lovely Lynsey. Hope Anya has lots of fun tomorrow too!

have a great party! It looks like you're off to a fabulous start

OMG - you got a photo of Jacob not doing his cheesy grin!! Fab party!

How cute! I hope she had a wonderful day!