Well how are you all? Having a good start to 2014 I hope? Christmas was good here with the requisite kitsch thrown on the tree and presents gratefully received. We stayed at home for Christmas this year and it was nice not to have to rush about as much (until after Christmas anyway!) 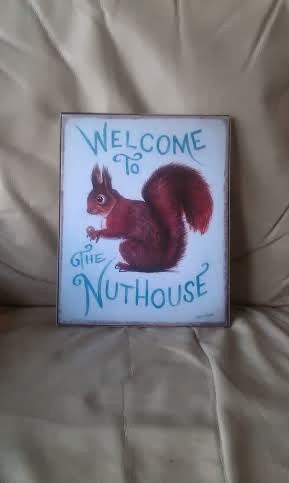 Anya bought me this as a Christmas present - what do you think she is trying to say?? It's not up yet but it will be soon :) 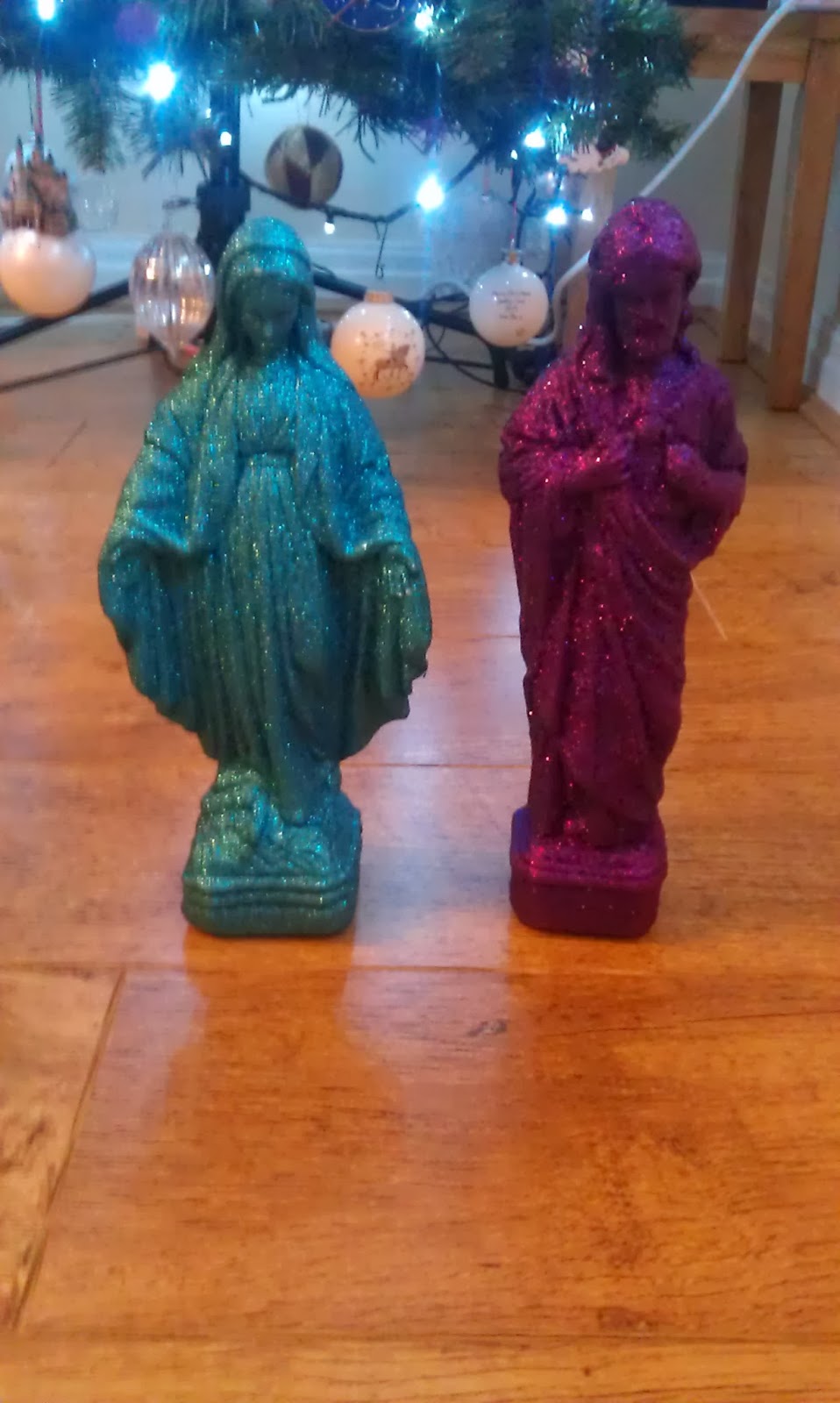 And the kitsch, glitter covered Mary and Jesus were given to me by my in-laws. I bought them for Pat and Owen for Christmas a few years ago (Paperchase) and immediately regretted giving them away/not buying some of my own. P and O aren't they kind of people to display these (i.e. they aren't tacky like me!) so I thought I might get them back at some stage. 2013 was that year and they are not leaving my house again! Jesus is currently wearing a woolly hat courtesy of some Innocent Smoothies bottles (as are the ceramic dogs from my last post)

I'm not making any resolutions this year as I always fail but the one thing I am doing (and have been for a while now) is trying to 'be me'. It sounds a bit contrived I know but it can be tiring trying to be different things for different people and acting the way people expect you to. Now I'm not going to start swearing like a mad women in inappropriate places (well at least not in front of children!) but I'm quite liking being me. Who that me is, is still under development but I sure 2014 is the year of me :D

Hope you are all having a good start to the new year and I'll be back soon with my last 52 books/52 weeks post - spoilers, I managed it!
Posted by Swirlyarts at 09:25

Email ThisBlogThis!Share to TwitterShare to FacebookShare to Pinterest
Labels: happy new year, me

Happy New Year to all.

Happy New Year (and good luck in finding "you") Vera.